Characteristics of Cause Primary Postpartum Haemorrhage at Health Center

Maternal deaths are caused by bleeding annually at least 128,000 women experience bleeding resulting in death and more than half of all maternal deaths occur within 24 hours after delivery. Knowing the characteristics of the causes of primary postpartum hemorrhage at the Tanjung Karang Health Center. Descriptive survey method with cross sectional approach. The population in this study were all mothers who gave birth who experienced bleeding at the Tanjung Karang Health Center from January to December 2015 as many as 68 people. The sampling technique used was saturated sampling technique / total sampling so that all populations were used as samples. Data was collected by tracing the results of the 2015 Tanjung Karang health center delivery register. Data analysis was performed using univariate analysis. The results showed that of the 68 respondents, mostly aged 20-35 years, as many as 54 people (79.4%) and most of the respondents aged 20-35 years as many as 24 people (44.4%) experienced bleeding due to Atonia Uteri. Most of the parity of primiparous mothers were 32 people (47.1%) and most of the respondents who were in the primiparous parity experienced bleeding due to Atonia Uteri as many as 16 people (50.0%). The most common causes of post-partum hemorrhage were uterine atony as many as 32 people (47.1%) and the least was a birth canal tear as many as 4 people (5.9%) from 68 samples. The most characteristic causes of post partum hemorrhage were uterine atony and the least was tearing of the birth canal, aged 20-35 years and primiparous parity. Suggestions to further improve professional services by providing more intensive counseling, IEC, leaflets or brochures about the causes of primary post partum hemorrhage. 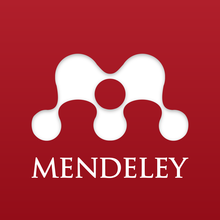